Lake Tahoe has many interesting places to visit that make it stand out as one of the most unique places in the world. But none stand out more than the Vikingsholm Castle located on the shore of Emerald Bay. The story of how and why the castle was built is as interesting as the Scandinavian architecture carried out throughout the castle. 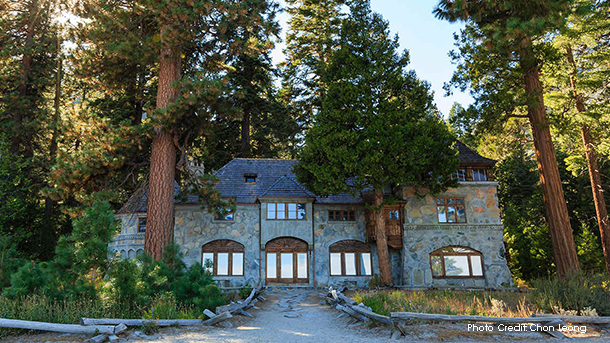 One of the first summer homes constructed in Lake Tahoe was on the property the Vikingsholm castle sits on today. Ben Holiday, an early-day transportation magnate, built the first house on the land in the late 1860s. The property changed hands through several owners until Lora Josephine Knight bought the land in 1928 to build a summer home that would complement the magnificent natural surroundings. Emerald Bay reminded Lora of the fjords she had seen during her travels through Scandinavia. She quickly hired her Swedish architect nephew Lennart Palme to design the home and replicate Scandinavian homes. 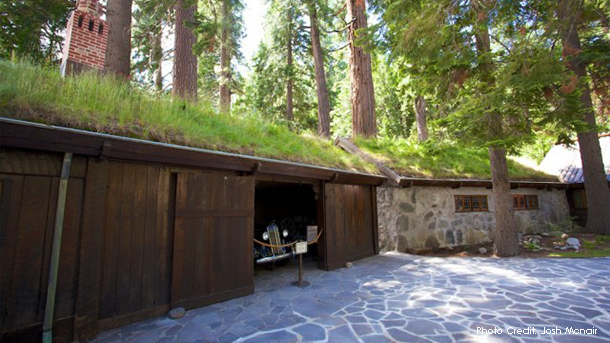 Lora and Lennart traveled through Scandinavia in the summer of 1928 for influential ideas for the Vikingsholm Castle. Making their way through Norway, Sweden, Denmark, and Finland, they found design inspiration in the ancient buildings, wooden churches, homes in Norway, and stone castles in Sweden. Photos taken on that trip show how exact her nephew reproduced specific features of these Scandinavian buildings in the design of the Vikingsholm Castle. 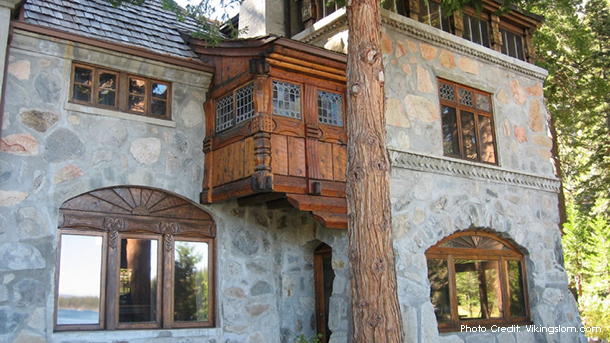 The foundation was laid in the summer of 1928, and during the spring of 1929, more than 200 highly-skilled workers were brought to Emerald Bay. They were housed in temporary barracks on the property. The group worked around the clock throughout the entire summer and completed construction by the end of the season. All the timbers were hand cut and the exterior wall boards were planed manually.  The intricate wood carvings and metal fixtures, such as fireplace screens, hinges, and latches, were all hand forged.

The standout features of the Vikingsholm exterior include granite boulders embedded in mortar typically found in Swedish stone churches and castles built in the 11th century. The castle has massive hand cut timbers that have characteristics of those used by the Scandinavian Vikings, carvings around the doors were adapted from old church entrances.  The carvings extend along roof ridges with dragon heads crossing at roof peaks and along with the sod roof with wildflowers. 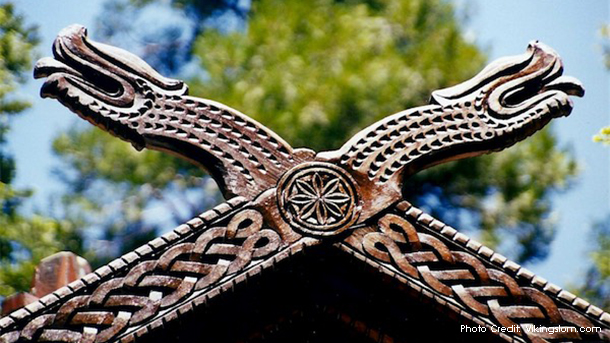 The Scandinavian motif carries on into the interior of the house with delicate paintings on the ceilings and walls, Nordic fireplaces throughout, and two intricately carved dragon beams hanging from the ceiling in the living room. All furnishings were carefully selected by Mrs. Knight to enhance and carry out the Scandinavian theme and many antiques were purchased abroad for the home. Mrs. Knight admired certain pieces seen in Norwegian and Swedish museums, which were not available for purchase. If Mrs. Knight was unable to purchase rare items, she hired craftsmen to reproduce those items in exact detail, including the aging of the wood, and duplicating the scratches found on the originals. 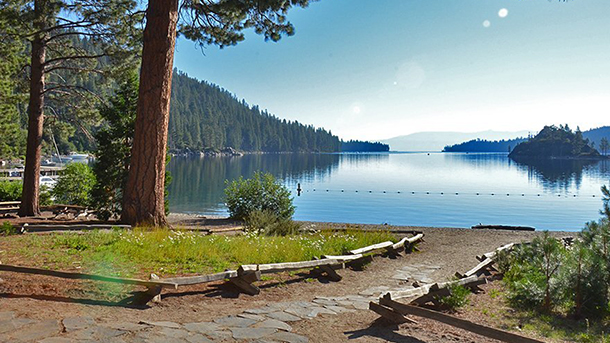 The Vikingsholm Castle is not accessible by car, but the Vikingsholm trail is a moderate one-mile hike from the parking lot to the Vikingsholm Castle and Emerald Bay beach. There are plenty of lake views along the trial and forest setting making it an enjoyable hike. Next time you come to South Lake Tahoe make sure you book your stay with Hotel Azure and explore the Vikingsholm castle by day and be amazed at the marvel of Tahoe’s yesteryear. Book online or contact our in-house reservation team at 1.800.877.1466. 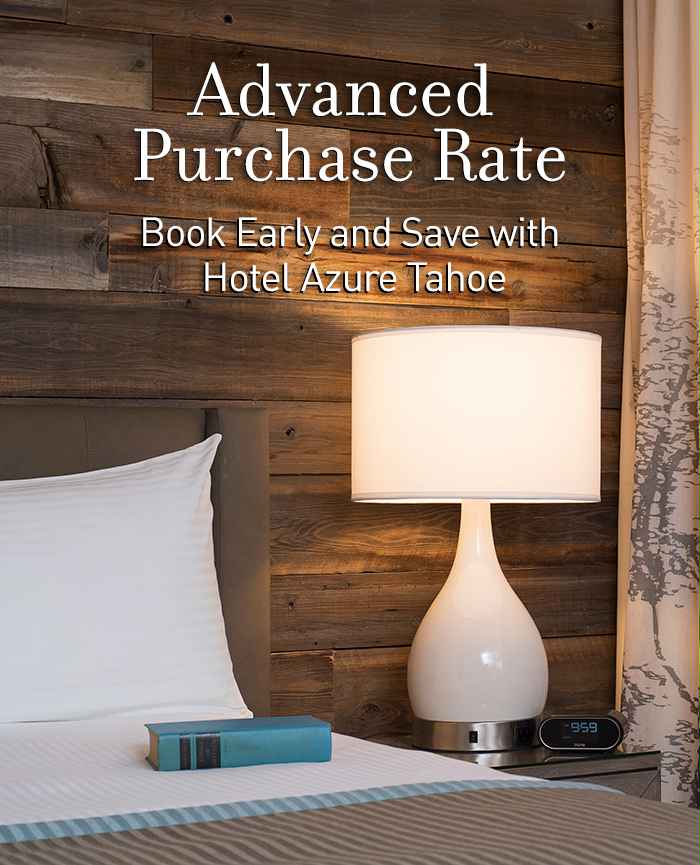